Growth mindset in math: How to help your students thrive

What is a growth mindset?

The brain is malleable. Students who think about this organ as a muscle that can be trained obtain better results (Blackwell et al., 2007). They focus on learning, hold more positive beliefs about effort, are motivated to fulfill their potential, and are more consistent when facing obstacles.

As psychology professor Carol Dweck explains (2016), “individuals who believe their talents can be developed (through hard work, good strategies, and input from others) have a growth mindset.” On the contrary, people with a fixed mindset consider talents are innate gifts, so they wouldn’t work hard to improve them.

Everybody has a mix of mindsets that evolves and can be modified. These approaches fluctuate and can oscillate depending on variables like the subject we are learning.

Below, we will explore these ideas and how to help students develop a growth mindset in math.


What is (not) a growth mindset?

There are multiple common misinterpretations of this popular concept. It is not equivalent to “effort” and does not relativize all the students’ outcomes. As Deck (2015) specifies, “growth mindset was intended to help close achievement gaps, not hide them.” Results matter and this theory doesn’t lower the bar but encourages facing challenges.

Likewise, a frequent misunderstanding is believing that the underlying principle behind a growth mindset is “wanting something is enough to get it.” It’s important to highlight that not everybody has the same resources to reach their goals. Past experiences and students’ social backgrounds might burden this process, especially for more disadvantaged students. However, all of them can be helped by growth mindset interventions.


Examples of growth mindset in math

Affirmations like “Not being able to solve a problem the first time is not a big deal ”, “I need to practice more to pass this exam” or “I made a lot of errors, but I will learn from them”, are examples of a growth mindset in math.

Sentences like “I am not a math person”, “I suck at math”, “I will never learn how to be good at math”, or “this calculus course is too hard for me” indicate a fixed mindset.

Students with a fixed mindset internalize fake assumptions like “not being good enough” that trigger passive behavior and avoidance. This can result in a self-fulfilling prophecy.

In contrast, students with a growth mindset in math see their mistakes as opportunities, take ownership of their learning processes, and focus on the next steps.

Mathematics is perceived as a particularly tough subject among students. Many of them suffer math anxiety, which harms their wellbeing, their performance, and even their job prospects. Fortunately, people considered to be “bad at math” can be brilliant with the right support and help at hand.

Failure is an essential part of studying mathematics and can lead to unexpected innovations. The more we are able to learn from our mistakes, the quicker our progress will be. 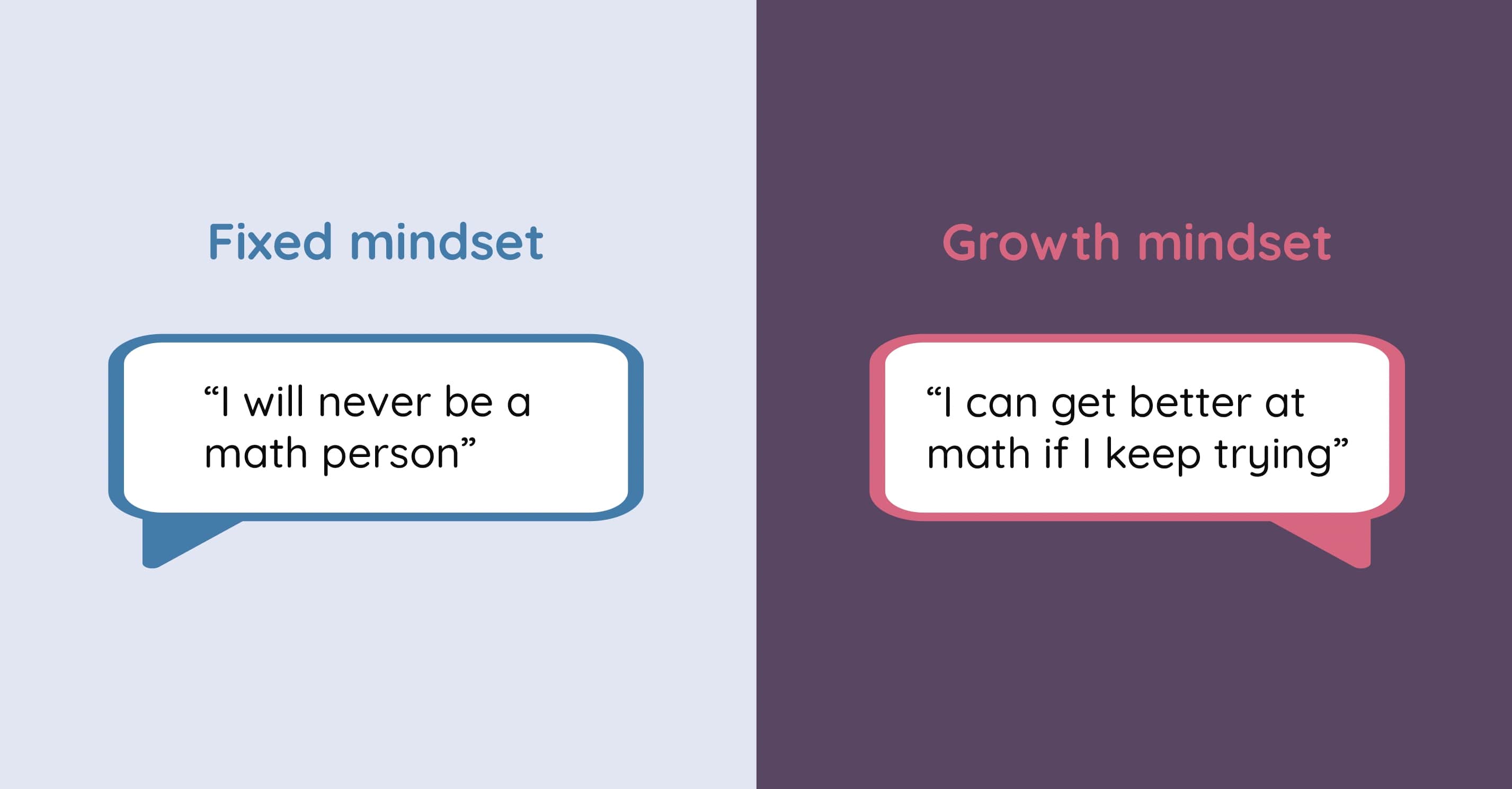 
How to promote a growth mindset in math

Growth mindset interventions have proved to be very effective (DeBacker et al., 2018: Yeager et al., 2019). So here we give some recommendations to implement research findings on growth mindset in math for your class. Even small changes can make a big difference!

We should celebrate students’ progress and not only their grades. Broadening our definition of success empowers learners to grow and improve their mathematical knowledge.

The experimental version included a short intervention that explained the theory behind this mindset and how to achieve it. It also used “brain points” to enhance the development of a growth mindset in math as they work to solve challenges. This system directly encouraged effort, use of strategy, and incremental progress. In the control group, players earned points each time they completed a level. As the results evidenced, people in the experimental condition were more persistent when faced with difficulties. 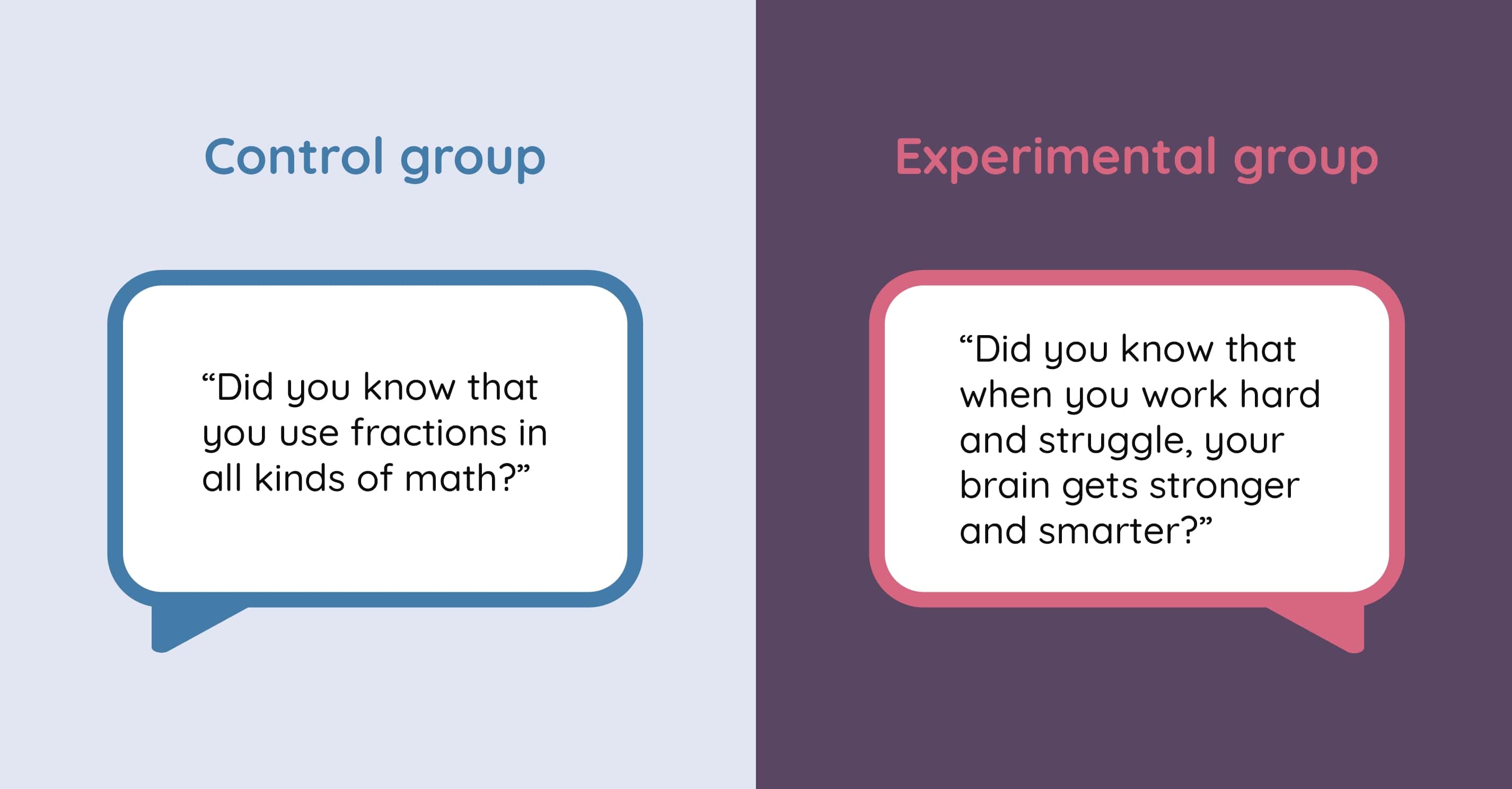 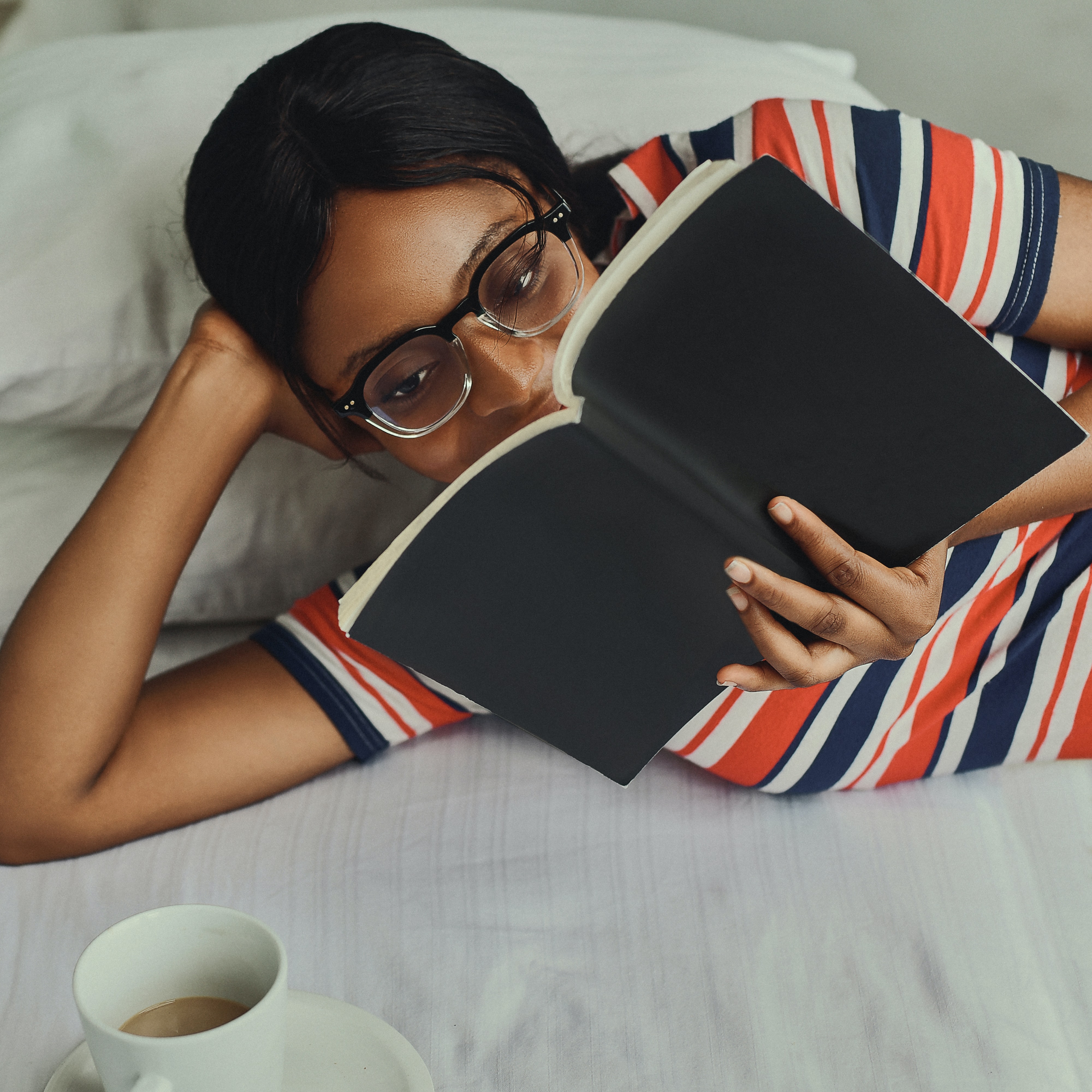 2. Reward effort and progress over intelligence

Praising students for striving to learn guides them and boosts their willingness to keep learning. Praising them for their intelligence instead can have negative consequences on their achievement, motivation, and performance (Mueller & Dweck, 1998).

It is also advantageous for teachers to subscribe to these ideas and hold growth mindsets. Students should grow within a community that embraces this approach.

Taking into account how relevant numeracy is nowadays and how these mindsets predict achievement, we can’t leave anybody behind thinking they are unable to progress in maths.

It’s fundamental to delve into myths about who is and who isn’t a math person. Women and minorities have been widely harmed by negative stereotypes (Aronson et al., 2002; Spencer et al., 1999). When people are aware of them, their performance decreases. This phenomenon is called stereotype threat (Steele & Aronson, 1995).

However, there is hope. In a study conducted by Law et al. (2021), children exposed to a growth mindset intervention reported significantly fewer gender stereotypes in STEM. As these researchers proved, knowing that our abilities are malleable helps hold more equitable gender stereotypes awareness in this field. 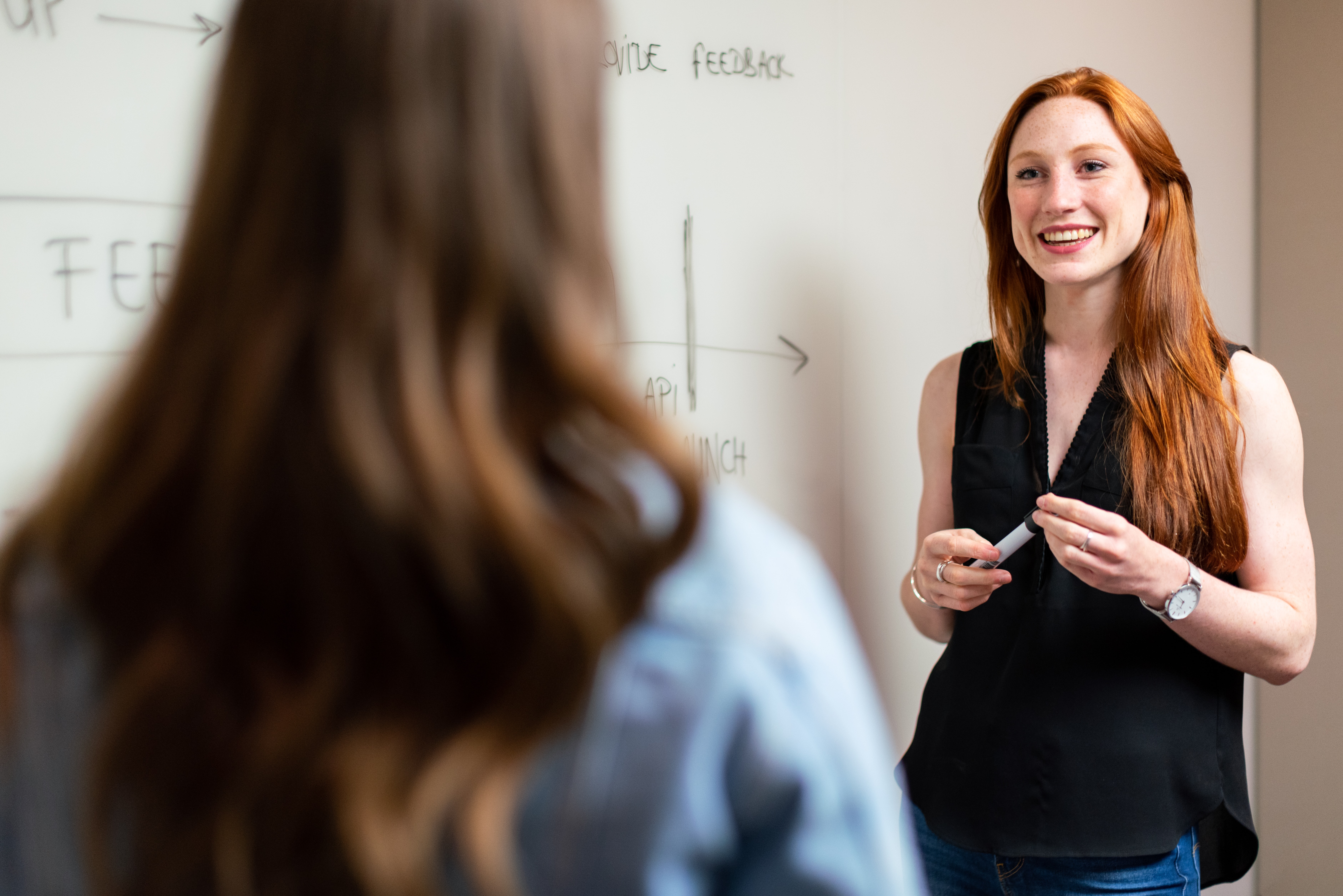 4. Pay attention to the words you choose

As we saw previously in the examples of growth mindset and fixed mindset, our words clearly reflect these attitudes. Language is a powerful tool to interpret, construct, and modify our realities.

We should watch carefully the language we use with our students and help them deconstruct their fixed mindset attitudes when we detect them.

In this video, the most reputed researcher in this field, Carol Dweck, goes deeper into the differences between a growth mindset and a fixed mindset. For example, when students fail a course, slight changes like changing “fail” to “you didn’t pass yet” can make a huge impact on their motivation and behavior.

Constructive criticism that points out specific mistakes rather than blaming general abilities can be key for helping students.

Adding a personal touch to the assessment and acknowledging the learners’ effort can make mathematics feel more human.

Since you might also be struggling with an endless to-do list and a large number of students with diverse math proficiency levels, giving personalized feedback might be difficult.

Our digital environment can process the students’ input and attempt to identify the mistakes they made. It provides students with automated personalized feedback (and lets you add personal notes too). We help you save valuable time for what really matters.

For extra tips, Growth Mindset Maths has multiple resources to understand this mindset and learn how to foster it in your class.

If you have any doubts, we are happy to support you. Good luck with helping your students develop a growth mindset in math!